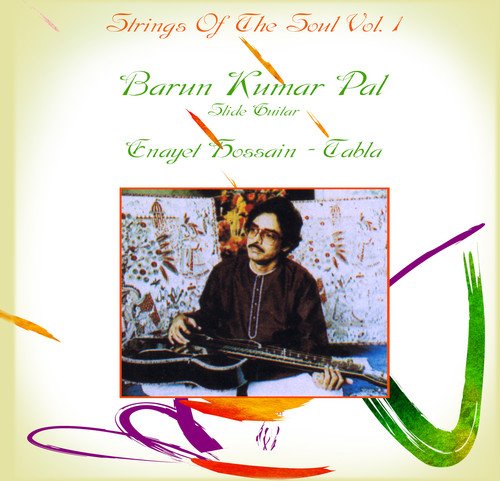 Bio - Barun Kumar Pal Barun Kumar Pal was born in an enlightened family of Dhaka, Bangladesh, spent his childhood in the proximity of stalwarts of Indian Classical Music like Prof. Nikhil Banerjee and Pandit Hariprasad Chaurasia. Barun's father Mr. Bankim Kumar Pal was a senior Sitar player of Ustad Enayat Khan Gharana and so he was fortunate enough to be initiated in the Indian Classical Music by such personalities, when he was only five years of age. As a child prodigy, he had the privilege of playing solo, duet, trio and orchestras of Indian Classical Music on Guitar for All India Radio. He performed before eminent personalities like Jawaharlal Nehru, Indira Gandhi and International Leaders like Chau-en Lai. As a child Barun's fascination towards the Hawaiian Guitar led to his single-minded dedication towards this instrument. He decided to devote his heart and soul to this instrument. His efforts and earnestness to bring recognition and status as an Indian Classical Musical Instrument to Hawaiian Guitar moved the Great Musician and Guru, Pandit Ravi Shankar and he took Barun under his tutelage. He has given numerous performances all over the world. His Guru, Pandit Ravi Shankar said, "Barun is an outstanding Hawaiian guitar player of North Indian Classical Music. I recommend him as a top concert artist and teacher.... He has a very sweet temperament." George Bush, President of USA wrote to Barun on 2nd July, 1991, "Best wishes for an enjoyable conference and for every further success. God bless you." Bio - Enayet Hossain Enayet Hossain was born into a musical family, his grandfather, the late great Ustad Kader Buksh was acknowledged as one of India's foremost musicologist/musician. Enayet learned the tabla from his father, Ustad Hamid Hossain, a very well known Indian music teacher and musician based in the United States. Enayet was born in Bangladesh and raised in the United States and represents a new breed of musicians who received their musical training outside of India. Enayet is a versatile performer of tabla, he is at ease with accompaniment with North Indian classical music, instrumental music, light and semi classical music including thumri, ghazal, dadra etc... as well as giving solo performances. Enayet has 14 compact disc recordings available where he is featured. Enayet started accompanying India's top musicians from an early age. While only 17, he accompanied Aftab-E-Sitar Ustad Vilayat Khan on several concerts. He has since accompanied artists like Ustad Salamat Ali Khan, Pandit Jasraj, Budhaditya Mukherjee, Shujaat Khan, Ustad Ghulam Mustafa Khan and countless others. Enayet, who grew up in the United States since the age of 4 represents a new breed of musicians who have learned the art of music in outside of India. Enayet has several music compact discs to his credit and has performed tabla throughout the United States and India. He has been featured in many newspapers as a leading artist. He also received many citations from the state of Maryland for his outstanding contributions to the propagation of Indian music and its synthesis in American society. He has also received a grant from the Governor of Maryland as an artist in residence.
Show More
Reviews

Disclaimer: The price shown above includes all applicable taxes and fees. The information provided above is for reference purposes only. Products may go out of stock and delivery estimates may change at any time. Desertcart does not validate any claims made in the product descriptions above. For additional information, please contact the manufacturer or desertcart customer service. While desertcart makes reasonable efforts to only show products available in your country, some items may be cancelled if they are prohibited for import in South Korea. For more details, please visit our Support Page.